Every June 25th of the year, The Day of the Seafarers is celebrated globally to pay tribute to the millions of seafarers in the world for their vital contribution to the international seaborne trade, the world economy and civil society.

“Day of the Seafarer”

“Day of the Seafarer” is an official United Nations international observance day organized by the International Maritime Organization (IMO), it is observed annually to recognize the unique and all-too-often overlooked invaluable contribution seafarers make to the world and the well-being of all of us often at great risk and personal cost to themselves and their families.

During the Manila amendments which adopted major revisions to the “International Convention on Standards of Training, Certification and Watchkeeping for Seafarers” (STCW) and its associated CODE in June 2010, the Diplomatic Conference agreed that the unique contribution made by the seafarer to the international trade should be acknowledged and marked annually with a “Day of the Seafarer”.

The date chosen was 25 June on which the day the amendments were formally adopted.

It was first celebrated in 2010.The International Maritime Organization (IMO) has taken the form of online campaign using the social media networks such as Facebook, Twitter, Linkedin and Youtube to garner support and asked every people on the globe to say “Thank you Seafarers”.

The campaign is designed to be both educational and inspirational. The day is an opportunity to educate the public and the world about the issues facing the modern-day-seafarer such as piracy. But most importantly it is the occasion for us to send our respect and gratitude to all seafarers. 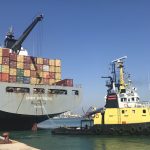 Port today/ Starting the week with seven vessels in process and over 15 thousand tons of cargo expecting to be handled in the coming hours. June 15th 202015/06/2020
Important Notice: International passenger maritime transport in Albania will restart on June 22, the Albanian Ministry of Infrastructure and Energy (MIE)22/06/2020 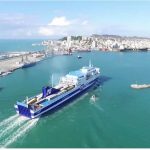