In the course of the first four months of this year, over 1.2 million tons of various types of goods as well as a total of 420 merchant vessels have been processed in the terminals of the largest port of the country.

According to the DPA Statistics Department reports, the number of vessels processed in the four terminals consists of 187 merchant ships, while the other 233 are ferry ships, which despite the Covid-19 pandemic situation have operated their routes uninterruptedly for designated trailer and truck goods transport.

Referring to the same source, most of the processed ships, videlicet a considerable number of 92 cargo vessels, have been processed at the General Cargo Terminal, also known as the Western Terminal. 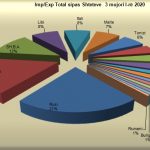 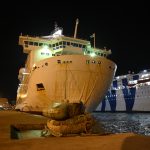