DPA/ 457 TEU, 300 pieces of steel pipes and over 20 thousand tons of bulk cargo are currently being processed in port piers This morning, eight freighter vessels transporting different classes of cargo including a 457 TEU containership are currently being processed in the Durres Port quays.

The DPA Info Center states that over 300 pieces of steel pipes of1,125mm and 455 mm diameter which are targeted to Korça are presently being handled at quay nr.5.

Concurrently, in addition to the 549 steel pipes, another five general cargo ships, carrying an estimated 20,000 tons of break bulk cargo mainly consisting of wheat, soybeans, urea, melamine and cement are being processed at the Western Terminal.

Meanwhile, the DPA Info Center confirms the ongoing process of discharging over 21 thousand tons of coal at the Eastern Terminal. 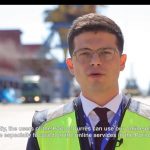 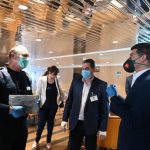