In 1958, as the Albanian Merchant Fleet capacity grew steadily arousing the need for a better administration this led it to a new reposition under the authority and direction of the Durres Port.

The “Port along the years” history contains full data on the capacity of the Albanian Merchant Fleet, which in 1960 reached a handling capacity of over 36 thousand tons.

Succeding the relatively smaller tonnage ships such as “Teuta”, “Partizani”, “Lirija”, “Gjergj Kastrioti-Skenderbeu”, “Durrësi” and “Mati”, in 1960 the  first oceanic vessel named  “Vlora” was purchased, which had a capacity estimated at 12,650 tons.

During the 1955-1960 period, the length of the Durres Port quays reached 570 ml, while a 400 ml dedicated mineral processing quay was also built.

As attested by the “History of the Port of Durres”, in 1960, Durres Port had a number of 14 operational electric cranes. 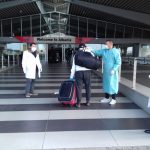 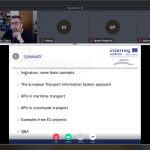