The ferry passenger volumes recorded a significant increase, accounted at around 83.000 passengers, arriving/departing, at/from the Port of Durres during the first months of this year.

The DPA Statistics Department reports substantial growth figures regarding passenger volume rates comparable to the same period of the previous year noting that ferries have executed 7 routes less, adjacent to 2019.

According to statistics a considerable increase of 3% has been marked against January-February 2019, while the number of foreign passengers is accounted at 19.260 travelers in the same comparison.

Approximately 52.000 passengers have departed from Durres Port to the italian coasts while an estimated 31.000 have entered our country.

Ferry commodity volumes reached up to 130.000 tonnes while 5.691 lorries and trailers have exploited ferry lines over the course of 2 months. 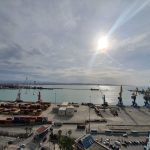 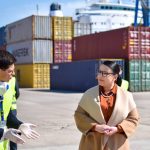