The discharging operations of 690 container pieces carried by the “N Solstice “ Container Ship which berthed Durres Port Quay nr.6 on Tuesday afternoon are currently being processed at the Container Terminal.

According to DPA Info Center the port of departure of the 223 m long ship is the italian Port of Gioia Tauro.

Since the beginning of 2020, more than 21 container ships have been handled at the country’s largest port Container Terminal.

On Wednesday morning, three ships carrying hauls approximated at around   8,000 tonnes of freight, videlicet cement, bridges and iron ore, are presently being processed at the Western Terminal.

Concurrently  the processing of an estimated 2.810 tonnes of scrap carried by the “NS Sprinter” cargo ship is being handled at the Eastern Terminal.

The DPA Info Center reports a forecast of nine ship expected to be processed in the consecutive days at the port of Durres carying a wide variety of freight categories such as iron ore, agricultural fertilizers, cement, glass, edible oil, as well as container pieces. 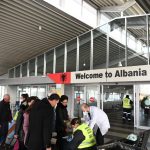 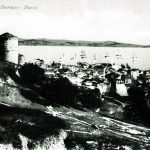