Over the past few years Durres Port has developed maritime trade relationships with more than 25 countries.The US, Tunisia, Russia and Malta are the predominant countries showing constant increase in volumes of exchanges with Durres Port, especially during 2019.

Referring to the same data, ranked 6th up to 10th at the trading partnership list in terms of seaborne international exchange are Greece, the US, Malta, Ukraine and China with an estimated ratio of over 300 thousand tons of goods handled during 2014-2019, followed by Tunisia, Croatia, Spain, Germany, France and Romania listed subsequently as leading exchange partners of the last 5 years. 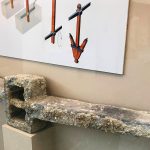