The first three days of the month have started with significant processing intensity at the largest Port of the country. According to the DPA Info Center, nine cargo ships have already docked at Quays nr.1, 4, 5, 10, 11 and 6.

During the weekend have already been processed six cargo ships handling an estimated amount of 10, 017 tons of various goods as well as 1, 344 container pieces.

Meanwhile, at Quays nr.1, 4 and 5 the discharging operations of three cargo ships carrying over 13 tons of freight consisting mainly of melamine and iron are still in process. 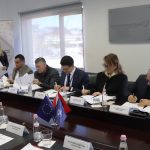 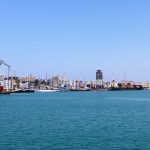