2019 Annual Performance/ Over 4 million tons of cargo handled, marking a peak in volume records during the last four decades. The total gross weight of goods handled in Durres Port piers is estimated at close to 4 million 72 thousand tons during 2019.

According to the latest figures provided  by the Durres Port Authority, Statistics Department, this marks the highest annual growth rate regarding freight activity and cargo handling in the country’s largest port since 1980.

An  increase of over 13 % in goods processing rates comparable to the previous year is marked in seaborne cargo activity while the annual statistic reports show over 3.2 million tons of container ship cargo and another 916,000 tons of ferry cargo handled at the Durres Port terminals during the last year. 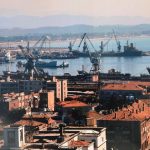 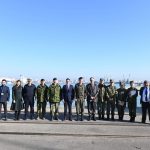