Solidarity photos unifying the city with the port

Durrës city is the central subject of the “Continuum” photo exhibition presented lately at the “Nikolet Vasia” gallery. Along with the ancient city images of the last century are also exhibited recent images of the country’s largest port performed by distinguished artists.

The exhibit features over 50 photos and its timing a few weeks after the cities’ fatal quake stuck is considered by the organizers a reminder that: “simple gestures such as photography make a valuable emotional support and a strong reason to raise the belief in the Renewal of the City”. 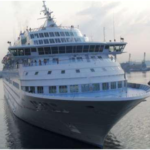 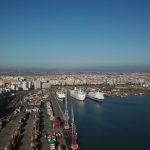