Approximately 56 thousand TEU (containers unit) were handled at Durres port during January – May of this year, recording an increase of 1,379 TEU compared to the 5 month period of 2018.

In the Container Terminal during the same period 76 vessels were berthed. Specialized vessels have discharged 28,205 TEU with import goods, while 27,781 other TEU have been loaded with export goods.

During the first five months of this year, the berthed boats at the respective Terminal have downloaded and loaded 55,986 TEU s with over 675,000 tons of total cargo. 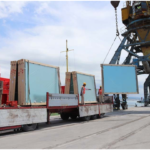 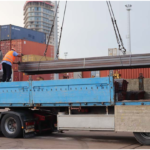